Sometimes, when change happens slowly and incrementally, it’s hard to remember how bad the status quo was in the past and how many nice things have happened in the intervening years. The improvements to the streets of New York have been like that — it’s sometimes hard to remember when Times Square was full of cars and bereft of places to sit your butt down, or when bike lanes were fading paint jobs at best.

So we love this video from Streetfilms, which shows how the city has changed over time — and how much for the better:

Houzz on Steps to Go Green

Call it a resolution, call it a 10-step program, call it whatever you want, but everything on here is not only doable (easily), but more elegant and interesting. These are not options, they are the normal:

10 Beautifully Simple Ways to Go Greener in the New Year

The WordPress.com stats helper monkeys prepared a 2013 annual report for this blog.

A San Francisco cable car holds 60 people. This blog was viewed about 2,600 times in 2013. If it were a cable car, it would take about 43 trips to carry that many people.

The kitchen’s a mess 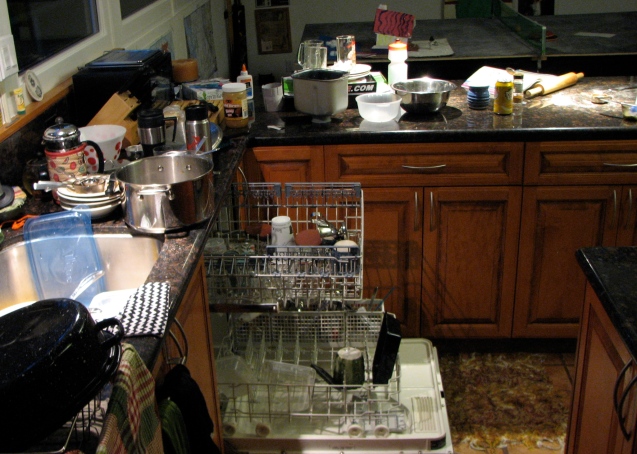 END_OF_DOCUMENT_TOKEN_TO_BE_REPLACED

I awoke in a panic at 5 this morning when I realized my chicken was still in the deep freezer!

It all started after my son was born ~ ~ ~ (those are dreamweaver waves, like in Wayne’s World

“the very best choice, environmentally speaking, is to cut way back on your beef… raising cattle is still highly resource intensive”

Send your question to Umbra!

Q.I always buy organically raised beef, when I do buy beef. I read that ground beef you get is a mixture of beef from different animals. How do I know the beef I am getting is, in fact, organically grown? Could it be mixed with other feedlot beef? Also, when it comes to processing the animal, how are the organically raised cows treated? Any better or different than if they were just regular cows?

When I got your letter, I imagined you reading it aloud in with a suave accent: “I don’t always eat beef. But when I do, I prefer organic.” And well that you do: There are important differences between the lives — if not the deaths — of organically raised cattle and their conventional, feedlot-bound siblings.

WASHINGTON – A former Harper government appointee has used a keynote speech at a Washington, D.C., event to trample the Canadian government’s message on oil pipelines.

Mark Jaccard was one of the first people nominated by the Conservatives to the environmental file, when he was named in 2006 to the now-defunct National Round Table on the Environment and the Economy.

The environmental economist now has delivered a lengthy rebuke of Canada’s climate-change performance at an event near the White House, as the Obama administration grapples with whether to approve the Alberta-U.S. pipeline.

He calls Canada a “rogue state” on the environment and urges the U.S. to block Keystone.

Jaccard, an adviser to different governments and a professor at Simon Fraser University…

On the first day of Christmas

my husband gave to me, a tree with an 8″ diameter trunk.

Follow me and check out my food blog: Meat Eating Vegans!

1:45 I leave work early, Tuesdays I don’t have daycare and he is in a special after-school tennis program so cannot take her home when school lets out

END_OF_DOCUMENT_TOKEN_TO_BE_REPLACED

Notes on my first concert with Higher Ground Women’s Ensemble

In October, I announced I joined a new choir. My first concert with them was amazing and I am so proud to be part of this talented group of musicians!

Up for a Challenge (reblogged from highergroundchoir.com)

Follow me and check out my food blog: Meat Eating Vegans!